Drones at the Farm Progress Show

Boone, Iowa saw great weather for the Farm Progress Show this week. Temperatures in the 70s and 80s, and no rain. A great chance for thousands of visitors to examine the latest goodies that our industry has to offer. And there were plenty there!

I wanted to check out Drones, and how they were being used. I had seen drones at the show 5 years ago, but they were mostly being used for scouting and taking pictures. Interesting and useful data to be sure, but not providing the practical value of addressing real field work. Well, a lot has changed since then.

This year there were several exhibitors displaying drones used for a real field work task: spraying pesticides. I stopped at the Agri Spray booth first, and listened to a crowd of attendees chatting with a pilot who owned one of the units. He was sharing his experience with the drone, and seemed quite happy with it. Agri Spray was showing two models: the AGRAS T10 and AGRAS T30. Both Drones were produced by DJI ENTERPRISES.

I proceeded to the Ride-and-Drive area in time to catch a demo of the same DJI AGRAS T30 drone by another exhibitor named Rantizo. Rantizo prides themselves on offering the complete package to help you be successful in purchasing and using your drone, to make money in spraying. In addition to the drone itself. They include tendering systems in trailers or for use in pickup trucks. These provide the ability to charge batteries to be swapped, and to quickly refill the spray tank.

The video of the drone spraying the field there is attached below. Notice that the machine follows a very efficient path, and was fairly stable despite the moderate winds that were blowing during the demo. According to Rantizo, this drone can cover about 20-25 acres/hour when applying 3 gallons/acre of chemical. Not a speed that will compete with airplanes or ground rigs, but just the ticket for small fields of high crop that can not be addressed any other way.

Rantizo claims 127 pilots already operating these drones in their program, in 26 states. And they guesstimated that there might by close to 1000 of these already running if you consider all the other companies offering them! (By the way, if you have better figures, please leave me a note in the comments!)

An awesome day at the show. What did you see? What was new and cool? Feel free to share your thoughts. 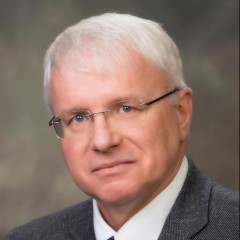 View all posts by Sam Freesmeyer
Skip back to main navigation

No comments to show.